There are not many superstars in the WNBA. Candace Parker is one of them. We had the pleasure to talk with the Los Angeles Sparks legend, two-time MVP, five-time All-Star, olympic gold medalist, WNBA champion and one of the best all-around players of all time.

We discussed her journey, her life, the people who inspired her and her future. It will not come as a surprise, but Candace Parker is one of the kindest and most interesting athletes in the world.

Swish Swish is a french speaking site but we like to share some of our interviews in English. They can be found here.

Candace, how are ou after these last couple of very unusual months ?

I’m good, we have been ajusting and it has been a little crazy, but we only have a couple more weeks like that, so we’re hanging in. I’m lucky because my daughter is great. She’s homeschooled right now, ending fifth grade. The work is starting to get a little bit harder but she handles a lot of it herself, which is good.

You grew up in a family of athletes in Illinois, with two brothers and a father who played basketball. How did you find your place ?

It was extremely competitive all the time. At home, at the park, in basketball games, everywhere. But I loved it ! It was really important for me to grow up and be like my brothers, to be able to play sports. From a young age, I really believed I could do anything. My parents made sure that I didn’t feel any differently because I am a girl. That’s how it was, very competitive. I don’t think I won a single game when I was a kid. They never let me win because I was the girl or the sister. When I finally won, I knew I had actually won.

Was there a WNBA player that inspired you or that you were looking up to growing up ?

Yes, Tina Thompson ! The Houston Comets were huge back then and I admired her. They had won four championships in a row and were really good. I had the jersey. I looked up to Tina because I was supposed to be like 6 ft 2, and play the forward position, like her, a little undersized, maybe. I loved her turnaround jumpshot and the fact that she didn’t just play underneath the basket like others. That was my mentality moving forward. Tina Thompson could ball, for sure !

Pat Summitt was a central person in your journey, what comes to mind when you think about her ?

It’s interesting because everyone thinks of her as that winning coach, which is true. But I feel really lucky and blessed to have been able to know her on a whole different level. She’s almost like a second mom to me. Her passion, her energy, her attention to details… I really admired her work ethic too. She worked harder than anybody, anywhere. What she did was huge. I remember times where she would get to the gym at 4 o 5 in the morning to finish things, getting a homecooked dinner, juggling between being a working mom and still continuing to give us her best as well as her family. I really admired that.

Why did you chose Tennesse instead of UConn or an Illinois college ? Was it because of Coach Summitt ?

I think my parents and I knew that basketball was huge there. I wanted to play in front of a real fanbase, with passionate people who loved basketball and would really show up at basketball games. During my four years at Tennessee, the three years I played, we led the league in attendance. Tennessee fans were everywhere. They followed us on the road and sometimes there were more Lady Vols fans than fans of the local team. That was huge. But my parents also thought that if basketball was important – and best case scenario I would play until I’m 40 – there was a whole life after that. So you have to be a good person, you have to learn how to work hard, how to be a leader… That’s what Coach Summitt had and did on a daily basis. That’s what she taught her players to do.

One year after your arrival in the league, in 2009, you gave birth to your daughter. What impact did it have on you as a player and as a person ?

You know, I think it was really meant to be. Since my daughter is in my life, we have been growing up together and I don’t know if I would have been the player and the person that I am today without her in my life so early. Yes, it was early and a lot of people told me I wouldn’t be able to get back on the court as good as I was. It kept me motivated. Coming of a year where I had been the Rookie of the Year and the MVP, the expectations were extremely high for the next season. Just from a mother standpoint, there’s nothing like it. With that being said, she just makes me better and makes me realize there is definately more to life. She has probably taught me more than I have taught her (laughter). It’s been a lot of fun to bring her along. We’re so close and we’ve lived in so many different places, traveled to so many different countries. I’m very fortunate she’s been such a great kid.

What do you think about the new CBA, with the new measures for mothers and aspiring mothers ?

I think it’s huge. In this new CBA, a lot of the things that we were able to push forward, were things people didn’t even realise we didnt have to begin with. To me, it was a huge problem. Things like having to share a room for a professional athlete… This CBA is a huge win and a step in the right direction, but we have so many more things to do…

What would be your priority for the next CBA ?

I think we need to continue in the correct direction in terms of salary pay and equity, of course. But we also need to take steps towards insuring better travels, the quality of hotels, food, practice facilities… We have to make sure everything is up to a certain standard for every player in our league.

You played in Russia, Turkey and China. What did these various experiences brought to you ?

I loved it ! I really loved these experiences. Thats why when people are like : ‘Man, WNBA players have to go overseas…’, I disagree. Yes, it is a struggle to be away from the rest of my family, but the amount of experiences that we had… Sometimes, during dinner, my daughter can be like : ‘Do you remember when we went fo France and we ate flan ?’ – Yes, she is obsessed with flan (laughter) – or ‘Do you remember when we went to Russia and ate borscht ?’ She remembers these things. Having all these memories together, being able to share these experiences, with so many different people and so many different cultures, it is amazing. My daughter’s friends are from everywhere. I love it. She’s super cultural and understands that people are different but we really are the same. We love our kids, we love our family, we are passionate about stuff, and you learn to respect the differences when you play and live overseas.

Will you play overseas again ?

I want to travel so much and I will. But honestly, at this point, my daughter is 11 and we travelled for 10 years. It was time for her to be at one school, to live at one place, to have her situation, her friends, her activities… We already made this sacrifice. I want to travel, but I don’t know if I will play overseas anymore.

You have been working as an analyst on TNT for a few years now and you bring something different from the other guys around. Is is the kind of thing you want to do after your career ?

I would love to continue working on television. I really think it is the second greatest thing next to playing basketball. More than anything else. I always want to be around the game of basketball and continue to be a part of it somehow. I think it’s huge to have fun doing your job. I don’t know if it is possible in other jobs around the game. I still have fun playing basketball, but I also have had so much fun commenting on it like I did when I had this opportunity with NBA games these past few years.

“Love and Basketball” is one of your favorite movies and it was the 20 years anniversary last month. Why aren’t there more movies or TV shows with women athletes and is it something you would like to be a part of ?

I mean, I can recite the entire movie, I could to everything (laughter). I would love to, honestly. I would love to be a part of something like that. It is such a historical movie and it has so much representation of what it’s like to be a female athlete and how difficult it is. I think it’s so important that we continue to make those films. I can’t believe it has been 20 years… At the same time, it’s really important for us to continue to try and move it forward. It doesn’t mean that times have changed. It’s so important to have females being represented as playing sports. This is how you change people’s perception. 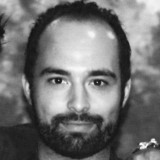